BBNaija 2020: ‘She Must Go This Sunday’ – Viewers React After What Vee Said To Laycon About Erica

This year’s Big Brother Naija is getting more buzz and getting more interesting as the housemates have began to air their issues with another housemate openly. 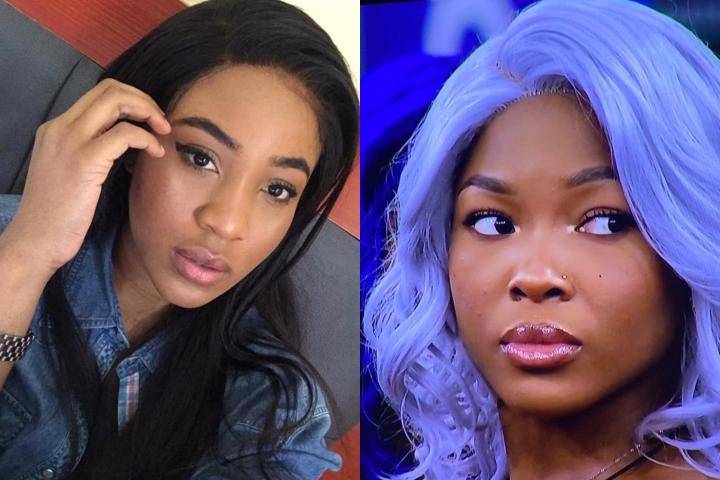 Yesterday night turned out to be another one as Vee publicly aired her dislike for fellow housemate, Erica and she had no reason for it.

Long after Erica emerged as the Head Of House for the second time, Vee publicly showed her dislike with the fact that she won and she spoke to Laycon in the kitchen.

Vee simply said to Laycon, “Nobody can force me. I don’t like her. She’s now giving orders. I can’t like her and it all started because of you.”

However, Laycon reply Vee this way, “She is just HOH, She is not giving orders. Why are you so stubborn?.”

Then she replied again, “I just don’t like her.”

Well this has forced reactions from viewers as they have tagged Vee as a ‘bitter’ person, some have even wished they see her leaving the Big Brother Naija house this coming Sunday. 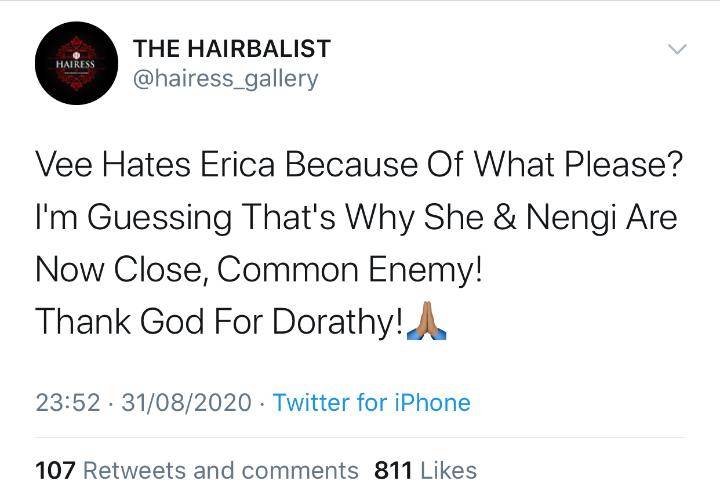 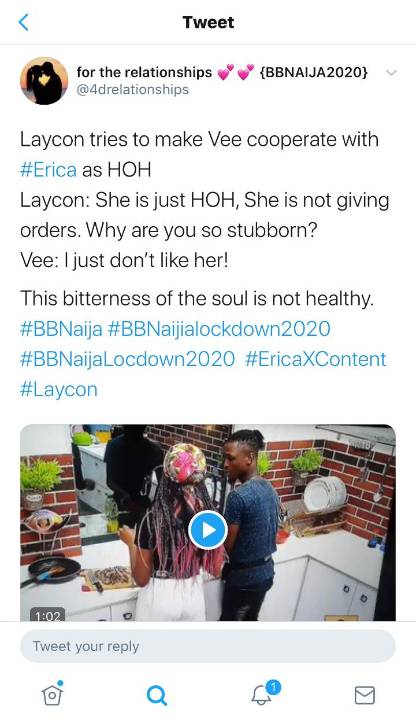 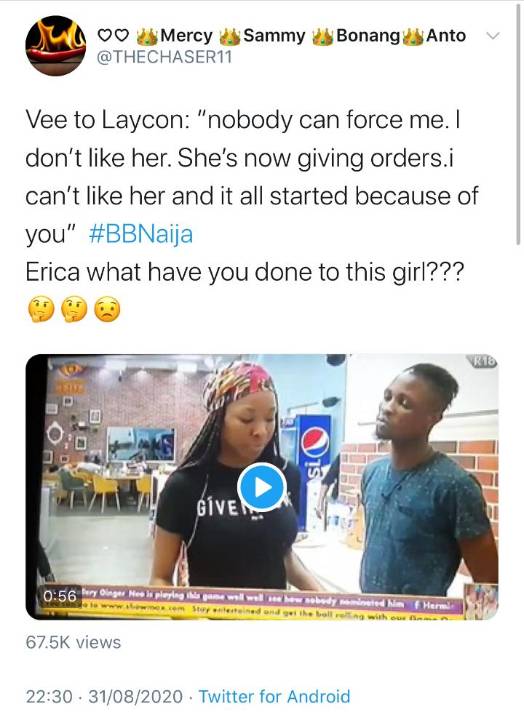 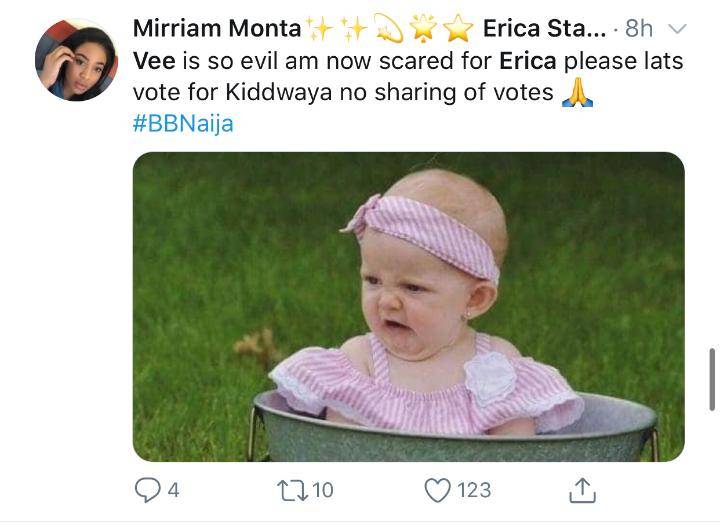 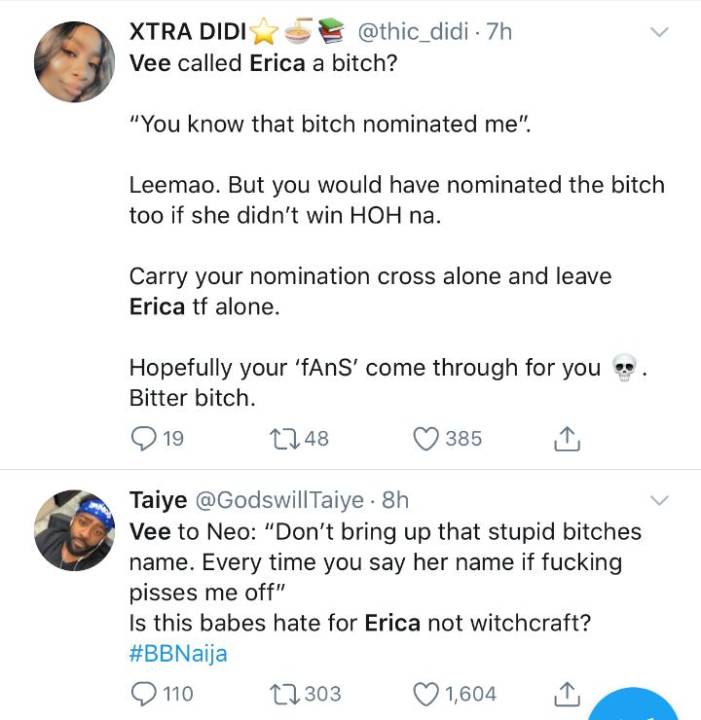