Nigerians on social media are reacting in different ways to a statement made by wife of popular musician turn politician, Banky W, Adesua Etomi. 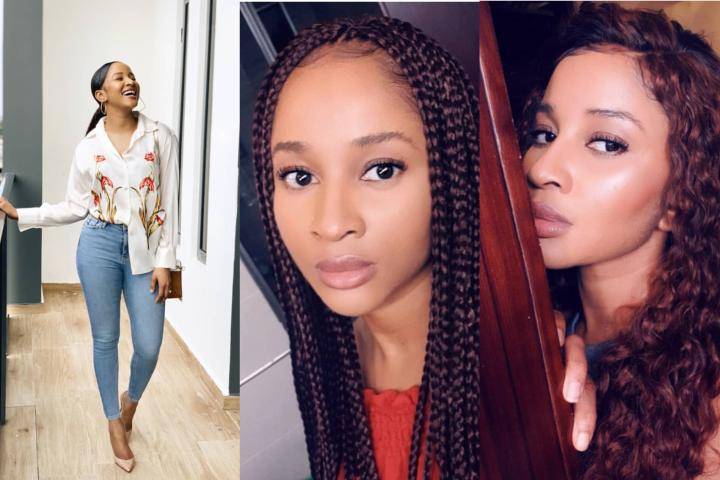 She took to the social network to tweet that ‘gbegiri’ is trash stating that peer pressure made her eat it with another the popular amala.

She then continued by saying she has grown as an individual and that now she knows without a sha down of doubt that she prefers her amala without with ewedu and fried peppery stew instead of the ‘gbegiri’ she doesn’t like. 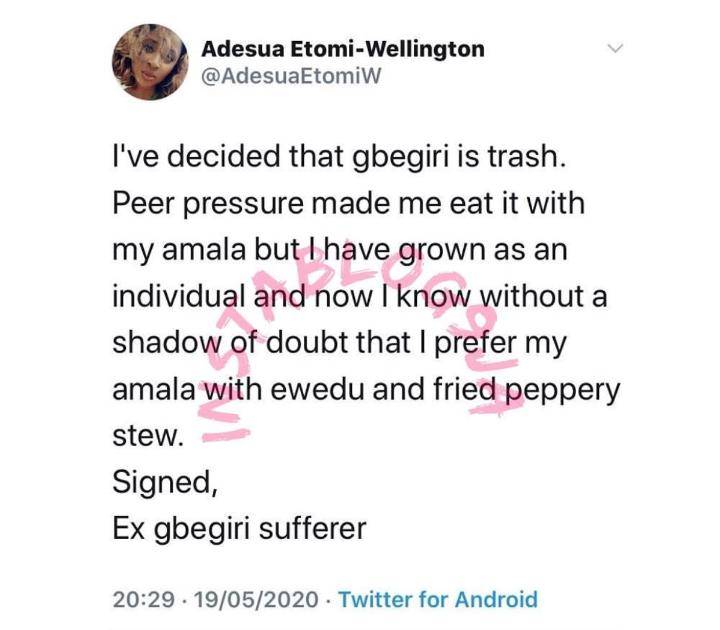 Some set of people agreed with her while some were off the view that it was so bad of her not to like the popular food recipe, ‘gbegiri’. 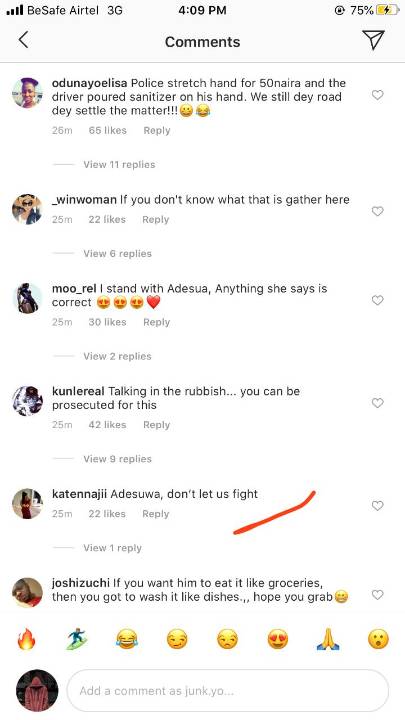 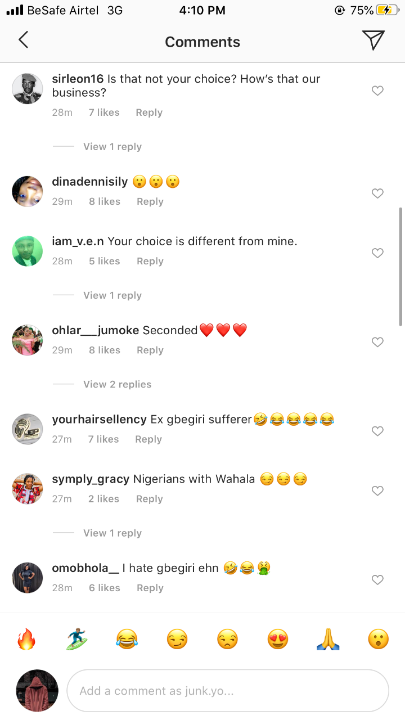 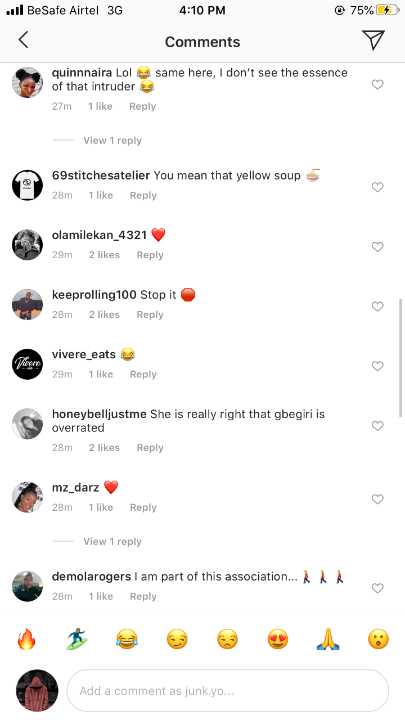 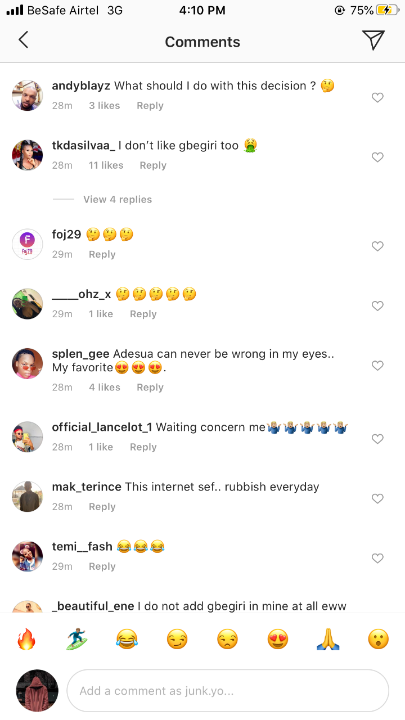