Nigerians have reacted in disbelief after Peter Okoye, one half of the defunct music group, P-Square said in a recent Instagram post that himself, his wife and kids had the deadly Coronavirus. 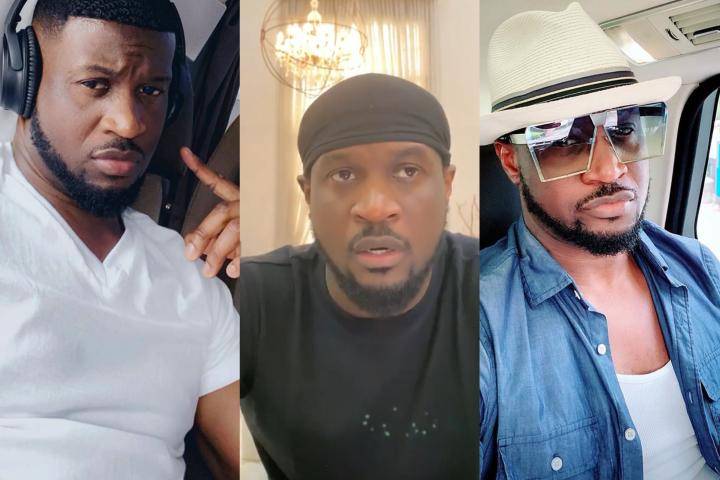 The music artist took to his account on popular photo and video sharing social network, Instagram to reveal this in a lengthy video.

The ‘One More Time’ crooner stated in the video that for the past three weeks he had been sick and he decided to keep it to himself and it was a three wells of hell for him and his family.

Then he went on to say he had COVID-19, he was tested and the result claimed he was positive, so he had to isolate himself in his house guest room.

The doctor then advised that his daughter needed to be self-isolated in her own room too. He felt bad about this and had to always video call his daughter.

He then went on to say his wife did something courageous by saying, she can’t leave her daughter all alone that she’d rather be infected too then she brought her to the master bedroom and they stayed together.

Days later, their daughter was negative and his wife, Lola was positive.

Then went on to tell that the virus is very much real and that they’re all negative.

Meanwhile, some Nigerians do not believe his story as they claimed he was lying and only trying to copy Davido.

RELATED:  ‘The Rain Is Still Falling’ - See How Nigerians Are Reacting To The Death Of Majek Fashek (Photos)

See their comments with the red marks on it below: 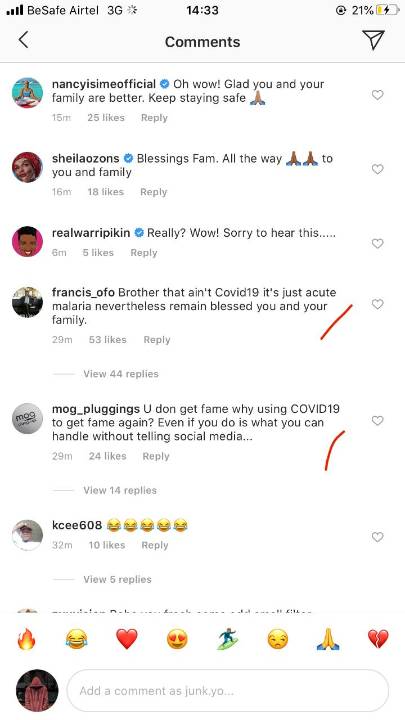 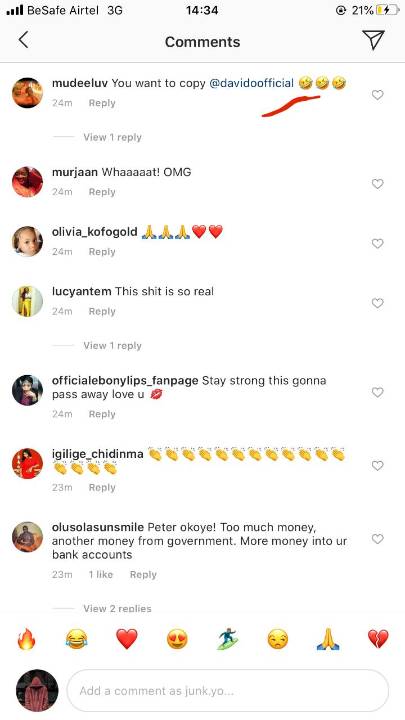 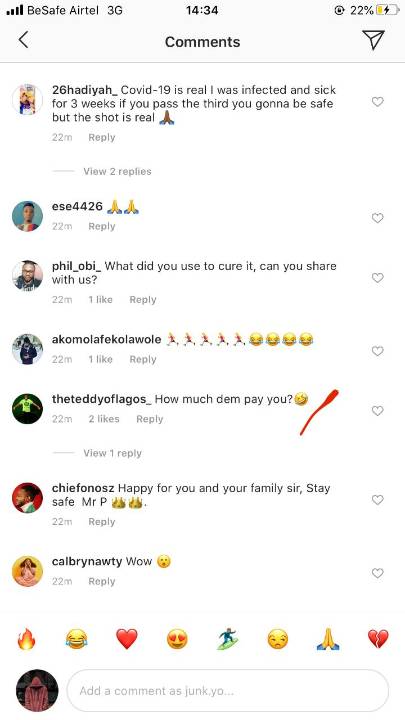