It’s no longer the battle of hits now it is now the battle of who has more range between two of Nigerian biggest music superstars, the Starboy himself, Wizkid and African Giant, Burna Boy. 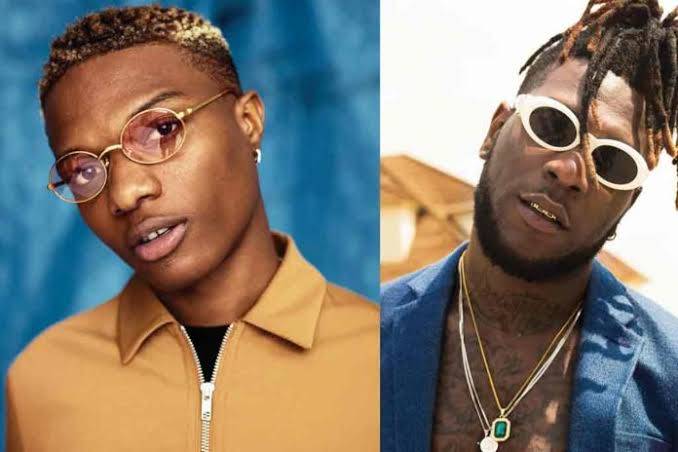 The fans of the two music heavyweights argued which of the two artist sings and cuts across different genres the most.

Burna Boy fans have stated their favourite does more genres of music than any other artists while Wizkid fans popularly known as Wizkid FC also countered that fact and stated that Wizkid does the most.

It happened to be a ‘gbas-gbos’ scene on the popular microblogging platform that is Twitter and popular search engine, Google came to the rescue.

Do you want to know how Google came to the rescue? It was a very simple way.

And Google die provided a winner to the argument and it turned out to be Wizkid.

See a few tweets of the arguments below: 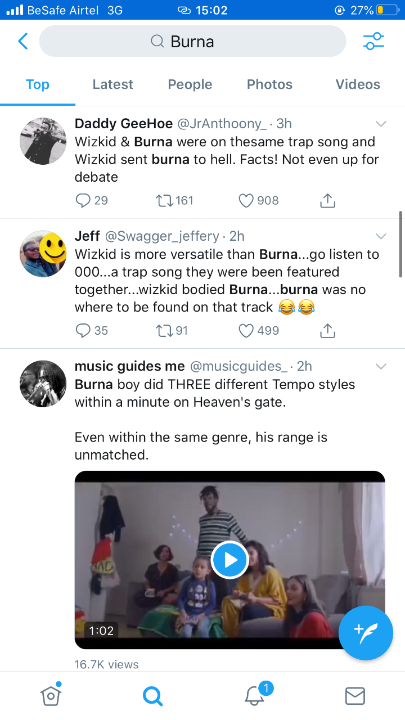 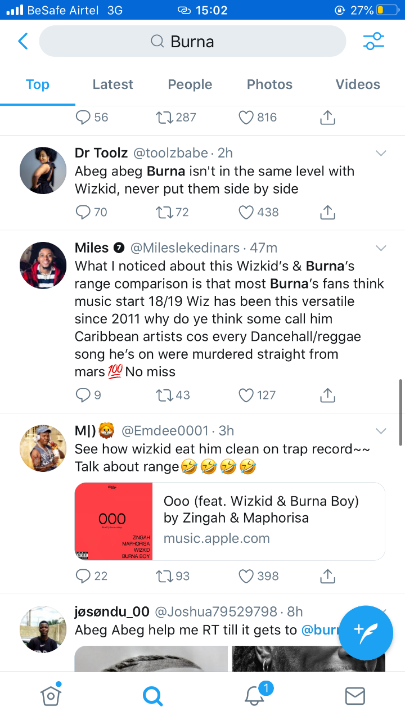 See how Google settled it below: 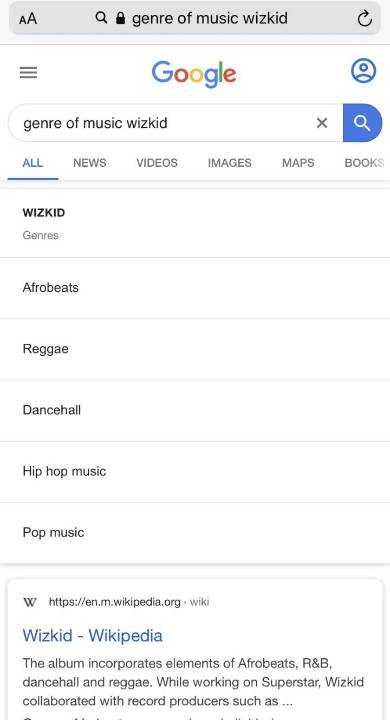 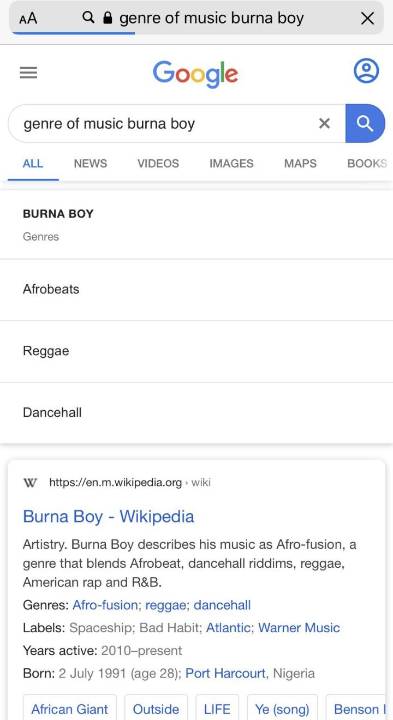