A Nigerian Twitter user has come out to state that Lagos state isn’t safe as she narrates how she was nearly kidnapped. 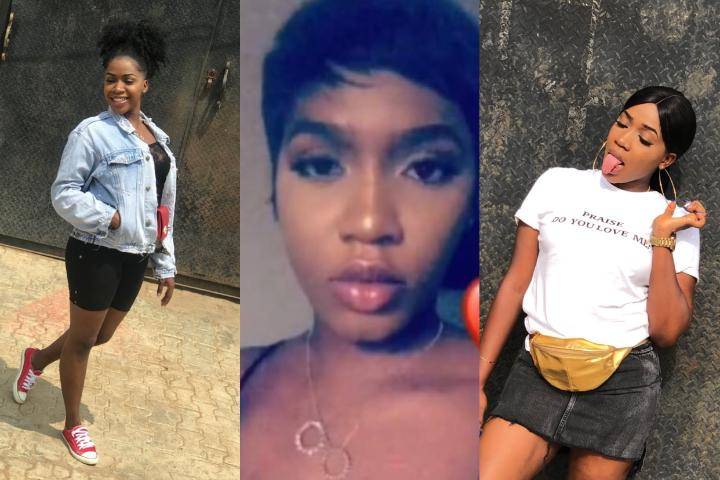 The Twitter user with ID @Chioma_Ajebota narrated her ordeal in the hands of people she tagged as kidnappers.

She stated that the kidnappers at first acted like they were cultists but at the long run she found out they were kidnappers.

But she rescued herself due to her alertness.

Read what she wrote below:

“Today I was about to board a keke headed to ilasa from jakande estate isolo suddenly a guy tapped me from behind and I shunned him. He left but immediately he did another came I thought he was a passenger just like me only for him to threaten me.

Saying if I didn’t want to die I should go and apologize to the guy that I was flying their color and still being rude while still trying to understand what was happening he lifted his shirt and showed me something that looked like a gun, I froze.

This was about 1pm in broad daylight but I was scared stiff, I went to apologize but then a third appeared saying he was the number 1 of the cult and that didn’t I know there was a cult war going on in that area that I was an informant.

He accused me of calling someone, he asked me to walk with him, I made sure to stay close and In sight.

where people could still see me I was shaking at this point, confused and helpless, I unlocked my phone showed him my call log and messages.

While all this was happening he was signaling the other two guys who started everything, then I realized they were about 6 positioned in different places but close I got even more scared at this point begging and crying that I was sorry.

That he should let me go he said I shouldn’t cry or panic that I was safe with him, he was making phone calls asking them not to shoot me that I wasn’t the one while all this was happening people were passing going about their business, I felt helpless.

Then he made a statement that made me realize that they weren’t cultists but kidnappers, he said that I was going to see a keke drive by and park that I should enter it that I would be safe, that was when I realized I was in even more danger than I thought.

After he said that something woke up in me and I realized I had only a few minutes to either save myself or that was the end, The supposed number 1 guy turned to signal on of the guys and I made a run for it I crossed the road without looking.

I ran as fast as I could crying, I was to scared to stop or tell anyone I kept running until I got to my friends shop at jakande gate told her and her boss what just happened and they tried to comfort me, I was scared and in shock, I am still in shock.

I’m sharing this so ladies can be aware, I have never experienced such, Ladies please be careful especially when you are alone whether day or night, Lagos isn’t safe. May God continue to keep us safe. I’m grateful to be here to tell this story it could have been something different. “ 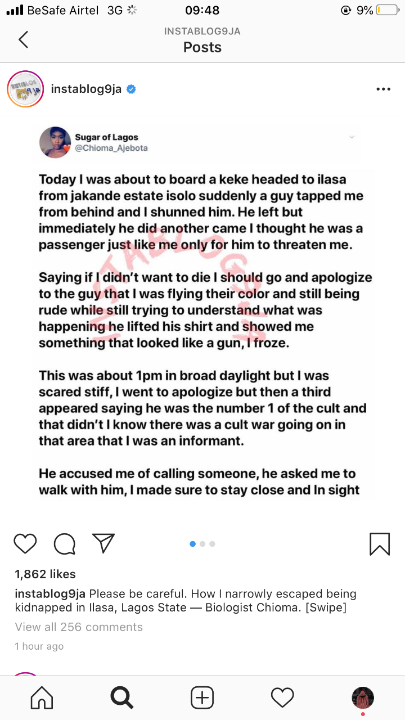 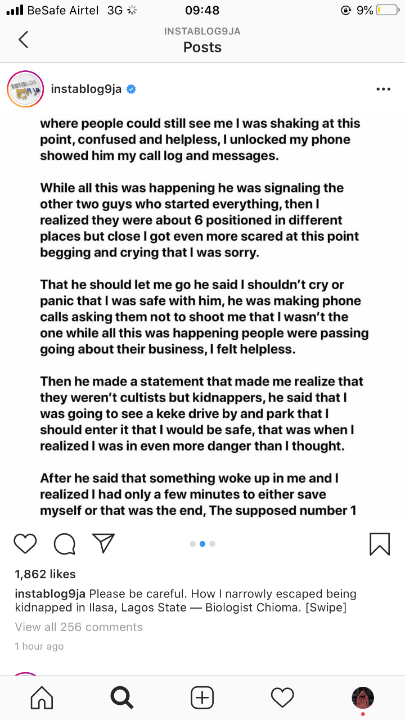 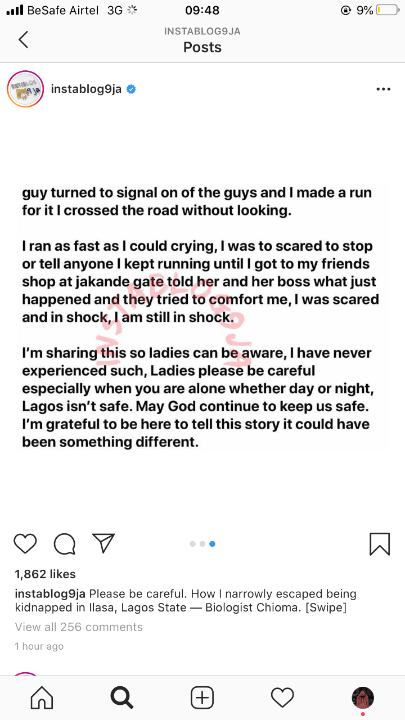 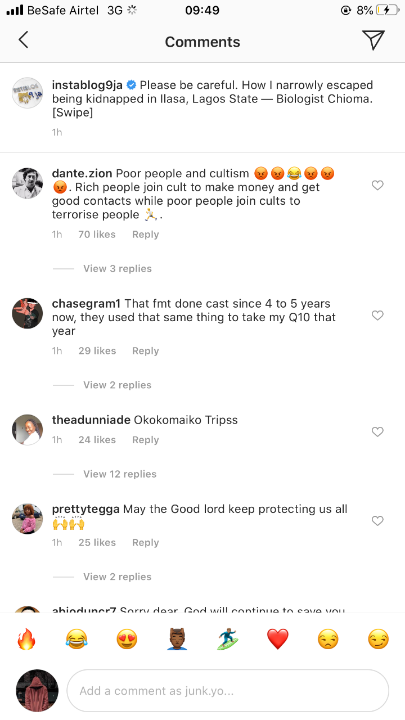 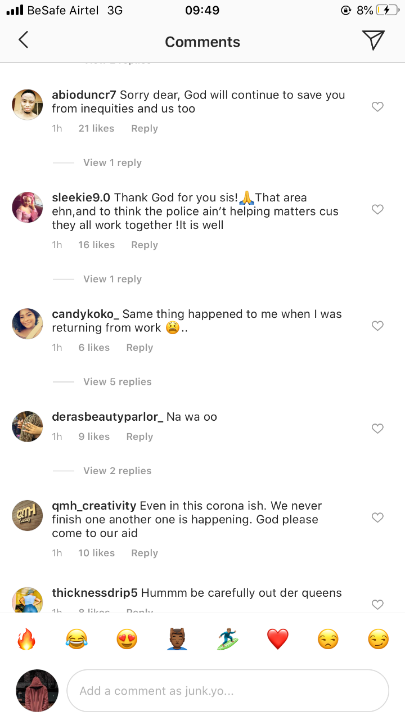 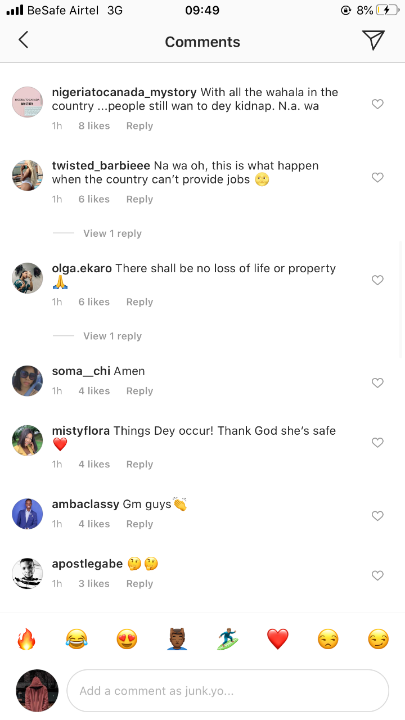 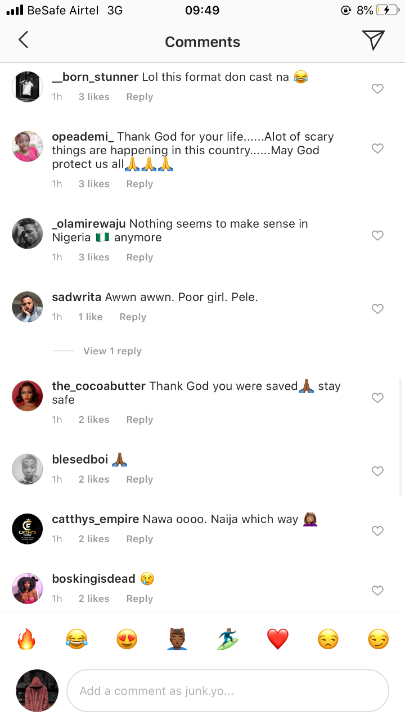