The fiancée of popular Nigerian music superstar, Davido, Chioma has finally broken silence on the stories flying around that she suffers domestic abuse from the hands of her heart rob. 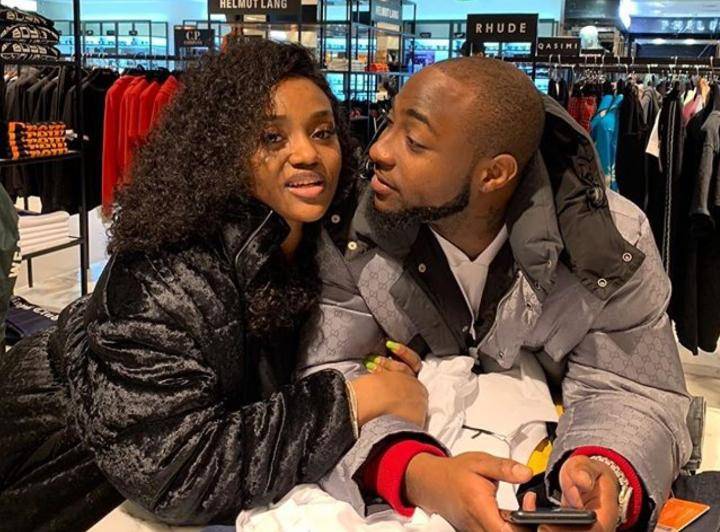 In recent weeks now, different stories have been flying around that the popular love birds have called it quit and gone separate ways.

They were even stories that Chioma was the brain behind the injury Davido sustained on his leg after hearing their rumours that he already has a new child with a London based makeup artist.

But a few days ago, they were stories that Chioma who gave birth to Davido’s only son, Ifeanyi suffered domestic violence in the hands of her baby father as multiple reports claim he does beat her.

Meanwhile, minutes ago, Chioma has taken to her social media handle to refute these claims as she further advised every girl out there.

In her post which she disabled the comment section, Chioma noted that she has been expecting different untrue reports from blogs since day one but she feels the recent posts by blogs are disturbing and she just had to speak out on it.

She refuted the claims that Davido does beat her, she further stated he has never for once done that.

She then advised every young girl not to allow domestic violence and urged them to speak up. 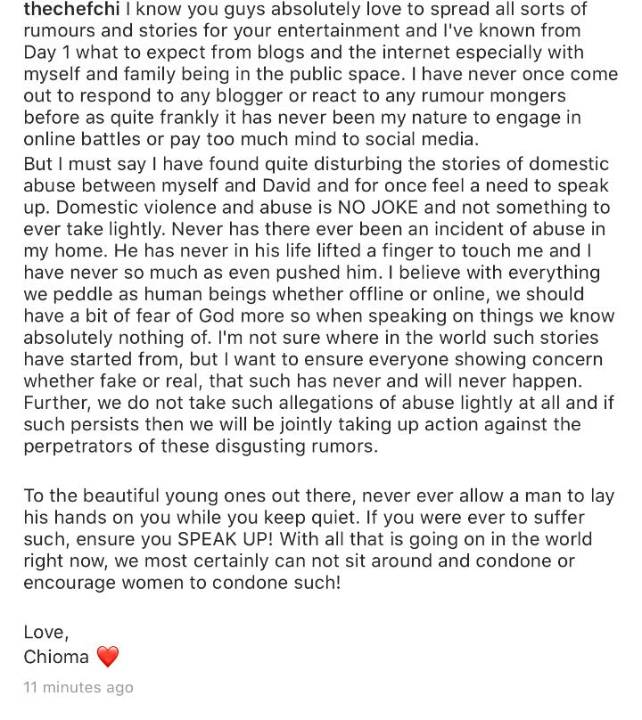 See the photo she shared alongside it below: 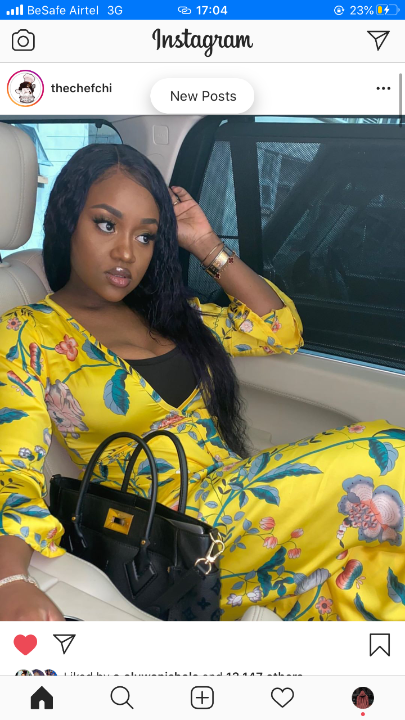 Like Loading...
RELATED:  Bam Bam Celebrates Husband Teddy A, With Cute Photos As He Marks His Birthday