Reactions As Davido Misses Out On BET Awards Nominations

Some set of Twitter users are mocking Davido after he missed out on the BET Awards nominations that was released today. 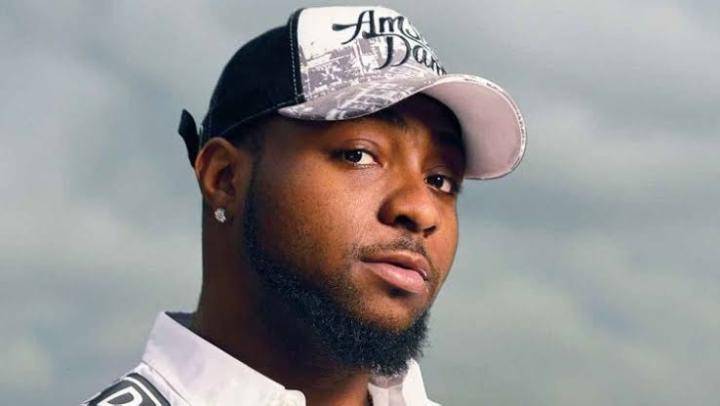 The ‘Blow My Mind’ crooner was nowhere to be found on the nominations list as Wizkid, Burna Boy and the new kid on the block, Rema all got a nomination each.

Well, aside from celebrating their favorites who got nominated, some Twitter users have taken to the platform to throw jabs at Davido.

One user went as far as advising Davido to dump music and become a danfo driver.

See some tweets below:

We davido fans should stop behaving like gbegiri, Rema got nominated for BET before davido and we are trending #WeMissDavido let’s tell ourselves the truth rema is bigger than davido, I am a davido fan but at this point Davido should quit music and become danfo driver.

All bag nomination at 2020 bet award. Your other uncle they strategies new stunts🤣🤣🤣💣 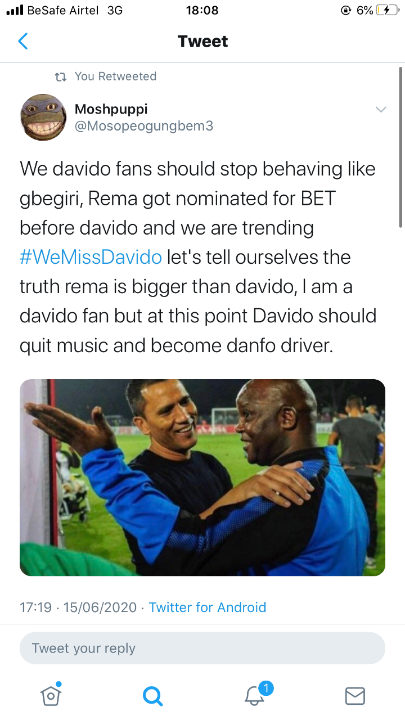 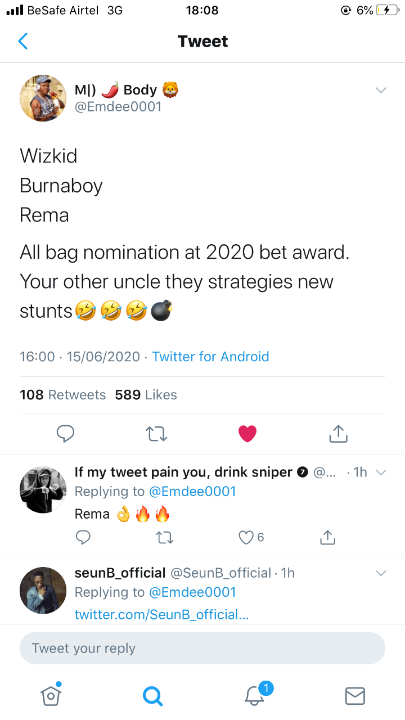 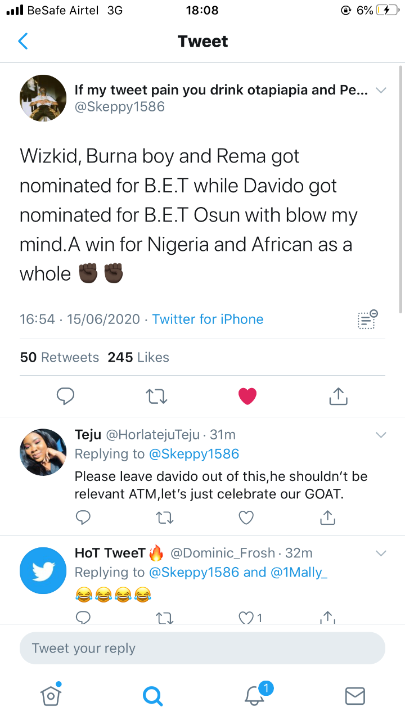 Like Loading...
RELATED:  Never Ever Allow A Man Lay His Hands On You' - Chioma Breaks Silence On Davido Beating Her