Popular Nigerian reality TV star, Tacha has won again, this time, defeating every other housemate of the Big Brother Naija ‘Pepper Dem’ housemate to an award. 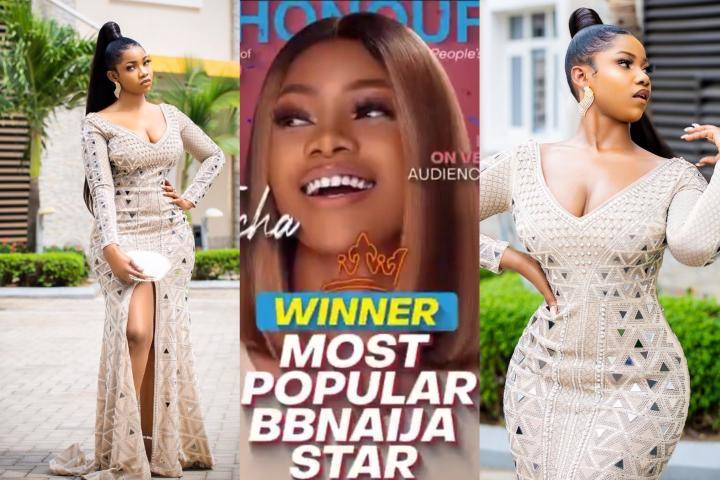 The ‘No Leave No Transfer’ tag bearer secured the award for the Most Popular BBNAIJA Star at the NET Honours People’s Choice Awards.

Tacha emerged winner in a very tight category which also had the initial winner of the show, Mercy, followed by Mike, Seyi and Khafi.

The award is an audience data based media awards which the winners were revealed in the late hours of Saturday.

The light-skinned beauty took to her Instagram account to celebrate this as she expresses gratitude to the brand and her fans.

She further stated in her caption that ‘we are going hard’ and furthermore revealed that a new mercy is coming in from her brand.

She wrote in her caption:

“Thank You The Net NG, Thank you Titans NLNT, We are going hard, New merch incoming” 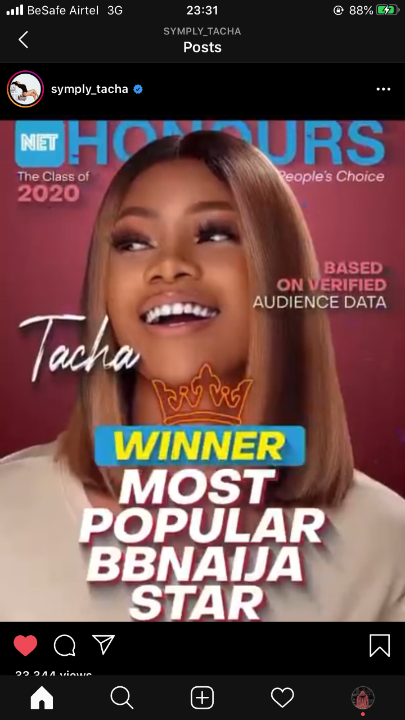 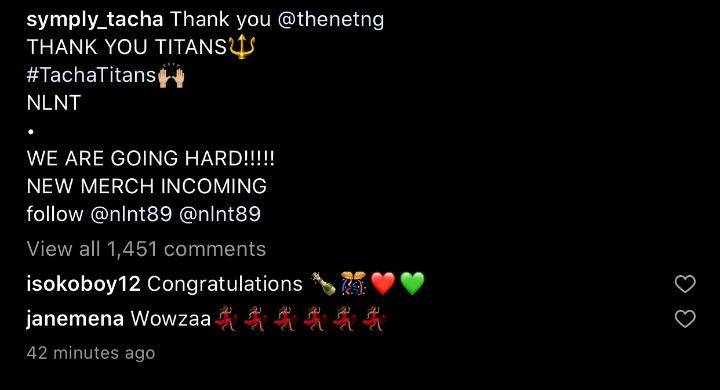